Literature and Politics in Mongolia

Late registration is accepted online only. We do not accept check payments or payment by phone for late registrations. LATE REGISTRATION WILL CLOSE AT 5 PM PACIFIC TIME ON FEB. 21, 2022. Thank you.

In the years immediately following the 1921 Soviet-led revolution, Mongolian writers played a pivotal role in defining the new socialist society and in communicating and implementing the practical and ideological developments. This talk will explore the ways in which writers negotiated their art under the increasingly restrictive political system, and how Mongolian letters and literature changed at this time.

The talk will also focus on modern Mongolia, based on his translation of the book “Suncranes and Other Stories,” which showcases a range of powerful voices and their vivid portraits of nomads, the revolution, and the endless Steppe. The writers featured in this book show how Mongolian culture has bridged links between the traditional and the modern, with a mix of stories, Mongolia’s majestic landscapes & the people’s deep connection to it come through vividly. 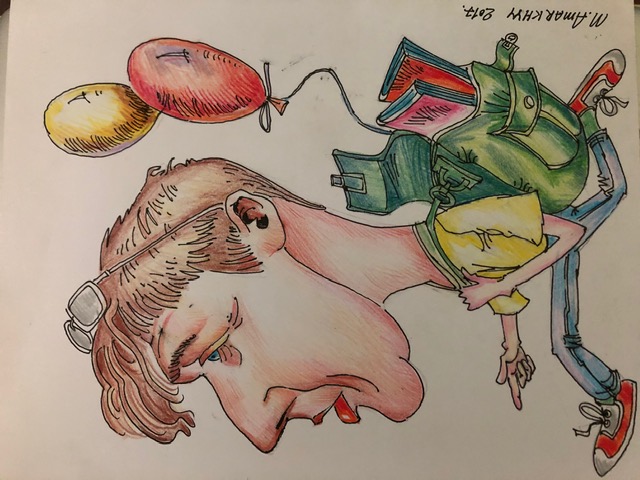 Simon Wickhamsmith has been studying and translating Mongolian literature since the late 1990s and is currently working on Mongolian literature since the 1921 revolution. Previously, he was involved, both as a monk and as a scholar, in Tibetan Buddhism, and has researched extensively into the dramatic and confusing life story of the Sixth Dalai Lama, which resulted in his book, “The Hidden Life of the Sixth Dalai Lama”. Simon has worked at Rutgers University since 2014, and while principally connected to the Writing Program, he is also affiliated with the Department of Asian Languages and Cultures and the South Asian Studies Program. He has a PhD in Mongolian Studies from the University of Washington and is an outstanding translator of Mongolian fiction.

A Zoom confirmation email with information on how to join the webinar will be sent to all registered attendees a few days before the event. Even though it is not required by Zoom, we recommend that you download and install Zoom on your computer or mobile device in advance, and set yourself up with a free account. Attendees will have a chance to participate in the Q&A with a text chat function.